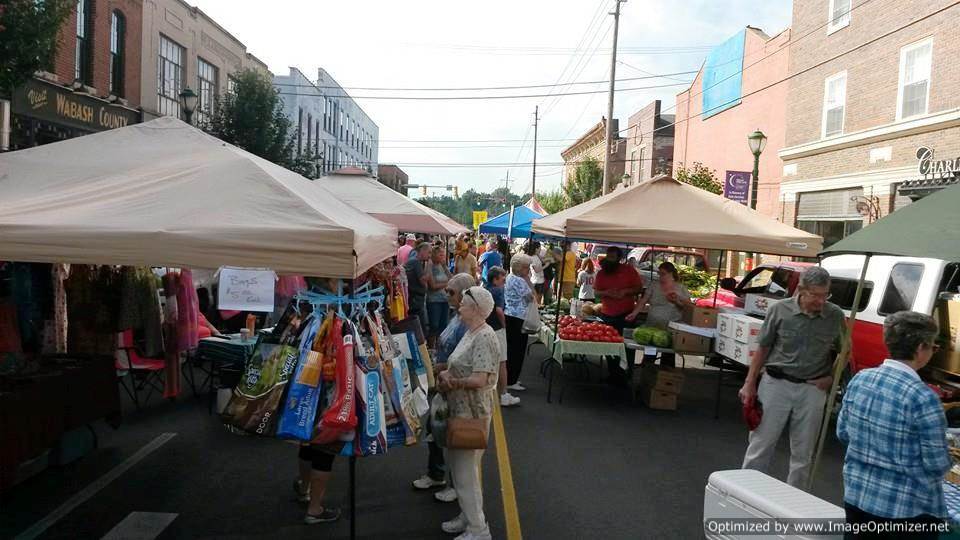 You get out of it what you put into it,” the old adage goes. Over the past few years, Wabash County has plenty of momentum going for it in regards to economic investment and improvements.

In August 2014, Lt. Gov. Sue Ellspermann named the City of Wabash as one of two designees for the 2014 Stellar Communities program, which over a four-year span will bring millions of dollars from the State and federal governments into a condensed area of Wabash, specifically downtown.

In all, at least six projects will benefit the area, some of which have already begun, but are still in their infancy with paperwork and planning. These projects include improvements to the upper levels of the historic Eagles Theatre, a Vaudeville-era theater that will have a Community Center installed after renovations, the John Drook Memorial Park Inclusive Playground, which will feature the only equipment dedicated for children with and without physical disabilities in the area outside of Fort Wayne and Indianapolis, and the Façade Improvement Program, which will aesthetically beautify several downtown businesses.

Also on the Stellar train include improvements to the corridor just south of downtown Wabash where state roads 13 and 15 converge, neighborhood owner-occupied rehabilitation and the Rock City Lofts, which is scheduled to be completed in spring 2017, at which time seniors will have affordable housing in the downtown area after months of renovations and construction. Three are also on hold pending funding, including an outdoor amphitheater, streetscape and connectivity improvements and cultural and riverwalk trails.

Of the several grants and awards that have entered Wabash County in recent years, these projects will have the largest effect on the county’s future, according to Keith Gillenwater, president and CEO of the Economic Development Group of Wabash County.

“I think if you take it as a whole, Stellar projects,” Gillenwater said, “because at the end of the day you’re talking about up to $29 million in projects and $4.5 million in public investment into it. As one group of projects, I think that will have the biggest transformation because it’s not just one project. It’s a group of projects. “…The Stellar projects will have the biggest overall impact, but it’s just indicative of all of the quality of place efforts that have been going on.” Within the past year, eight new businesses have opened up in the downtown Wabash area alone, with even more outside of downtown, in North Manchester, LaFontaine and Somerset.

“Historically, downtowns have been an economic driver,” Gillenwater said. “Maybe even more so an economic driver, downtowns have historically been something that shows the health of a community. When you drive through a city or a town and you see dilapidated buildings and everything’s falling down, you don’t go away with that feeling that something’s going on. You don’t go away with that feeling that there’s a sense of pride in the community. “As an economic developer, I’m proud to drive somebody into our downtown and show them around. They can see the vibrant nature of a community.”

However, Wabash also has non-downtown efforts in the works, Gillenwater said, as a quarter-finalist in the America’s Best Communities Initiative (ABC), a privately sponsored program that will issue $10 million to rural communities throughout the nation. Wabash was named one of the select few American municipalities in late April to be an ABC quarter-finalist, with specific plans for the potential monies to be determined later this year. As of June, $50,000 has already been awarded to the City.

Because of the time, energy and enthusiasm devoted to the people and places within the county’s borders, Gillenwater has a single direction for what he believes the area’s economic trajectory is heading. “Our trajectory is point up. We have companies that are expanding and creating new jobs, and we are working with our industry and educational partners to address workforce development needs. Our companies are investing, creating new jobs, and it’s a great time to be in Wabash County!”

In June 2015, the Town of North Manchester received nearly $100,000 through local fundraising and investment and a grant from the State for the Eel River Canoe and Education Center, which will be a public park and recreation center, featuring a canoe launch on the Eel River and an education center, in an area that has been revitalized from formally being a trailer park lot. The Town’s government has also invested money into façade improvements for its downtown area from a $250,000 State grant.

Gillenwater added that there are a handful of attraction projects, as of June 2015, involving companies that have shown interest in expanding and bringing jobs and investment into the county. However, projects such as this take a long time and don’t ensure anything, adding that about half will do a site visit and only some of those will even call back.

Transportation, he said, acts as a huge asset for the county when companies are looking to relocate or expand, such as U.S. 24, a four-lane highway that runs from Lafayette to Toledo, and Wabash County’s two Norfolk Southern Class I railroads that converge just outside of Wabash. Wabash County’s skilled manufacturing workforce, he said, is also helpful as a part of a manufacturing region.

By Eric Seaman
Managing Editor of the Wabash Plain Dealer